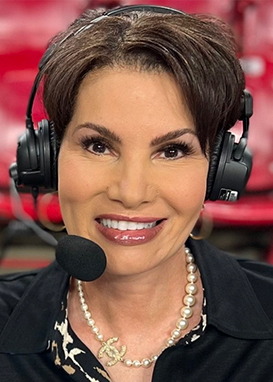 Cindy Brunson is a veteran television broadcaster with more than 25 years experience as a journalist. During her varied career, she has covered multiple stories and events, from the weather desk to breaking news reporting and television anchoring. However, it has been in the world of sports coverage where Brunson has made the most dramatic impact on the profession.

Brunson began her career as a weather anchor and reporter for KHQ-TV in Spokane, WA before quickly moving to KATU-TV in Portland, OR where she served as weekend morning news and sports anchor and reporter. She covered professional men’s and women’s basketball (Portland Trailblazers, Portland Power), arena league football (Portland Forest Dragons) and a host of collegiate sporting events.

In 1999, Brunson accepted an offer from ESPN to become a studio host for a variety of the sports network’s original programming. Brunson was soon a co-host of ESPN’s flagship program SportsCenter. In addition, she served as a studio host for the WNBA and women’s college basketball regular and postseason coverage, while hosting and co-hosting a wide variety of programs from First Take and Sports Nation to shows on ESPN Radio.

Brunson moved to Arizona in support of her husband’s career in 2013. She was quickly hired by Fox Sports Arizona as a pre/post game host and dugout reporter on select Diamondbacks games. After the Phoenix Mercury asked her to fill in on a telecast, Pac-12 Networks hired her as a play-by-play voice for women’s basketball and a college football sideline reporter. Her talented reporting of live events saw her specializing in play-by-play coverage of both women’s and men’s basketball and softball. Brunson is the play-by-play voice for Athletes Unlimited Professional Women’s Basketball, the Phoenix Mercury, Fox and ESPN Radio. 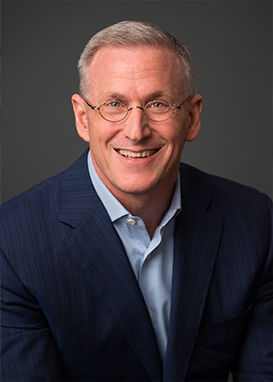 Robert Dove served as Pacific NW Region President for I Heart Media from 2016 until his retirement at the end of 2020.

Dove’s broadcasting career spanned more than 36 years starting in sales with Taft Broadcasting and KKRZ FM in Portland, OR. After passage of the Telecommunications Act in 1996, leading to radio consolidation, he was named General Sales Manager for 1190 KEX and 620 KNEW and then Director of Sales for the Portland six station Cluster. In 2001 he successfully integrated 16 stations from across central and southwestern Oregon into a single spoke-hub operation with a shared culture, improved efficiency, and higher performance.

In October 2006 he was named Portland Market President, where he acquired two additional FM stations, and by 2015 his leadership and dedication to philanthropy saw one of his stations, 1190 KEX, awarded the Service to America Award by the NAB.

In 2016 he was named Pacific NW Region President overseeing all assets in Oregon, Washington, and Alaska. He then moved to Seattle to run the flagship market of the region and strengthened the platform of Sports Radio 93.3 KJR to the point of I Heart Media becoming the Seattle market’s top radio cluster.

Dove has been recognized as Broadcaster of the Year from the Oregon Association of Broadcasters, and has served on many boards including the OAB, WSAB, Susan G Komen for the Cure, Oregon Ethics in Business and The Edward R. Murrow Professional Advisory Board.

He and his wife Marci have been married for 35 years and have three adult children. 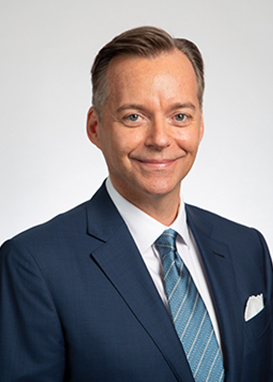 Roger Nyhus is a business and civic leader in Seattle. He is the founder and former CEO of Nyhus Communications, one of Seattle’s leading communications and public affairs firms, and the eighth largest Native American-owned company in Washington state. Over three decades, he has represented numerous clients in advancing global commercial engagement and people-to-people exchange and has participated in numerous international trade missions.

Nyhus has served as a trusted adviser to business and government leaders around the world, including CEOs of Fortune 500 companies. Over the course of his career, Nyhus was the longest-serving communications director for Washington Governor Gary Locke, a senior advocacy officer for the Bill and Melinda Gates Foundation, and communications director for Seattle Mayor Paul Schell.

Nyhus is actively engaged in the community and a champion of civil rights, wildlife conservation and the arts. He has led the Seattle Chamber’s Community Development Roundtable, served as a board member of the Seattle Metropolitan Chamber of Commerce and Downtown Seattle Association, and as an adviser to the Chinook Indian Nation, of which he is an enrolled member. Nyhus, who grew up in a small fishing village on Washington’s Pacific Coast, has a particularly keen understanding of life on the ocean and economies that rely on natural resources and tourism.

That background, combined with his proven ability to solve complex problems and manage issues that cut across the public and private sectors, and his skill at building trust with diverse stakeholders, led to his 2022 nomination from President Joe Biden to serve as the next U.S. Ambassador to the Barbados and the nations of the Eastern Caribbean.

Learn About Past Recipients Here