A trailblazer in the field of public relations, Jay Rockey (Class of ’50) leaves a lasting legacy with the Jay and Retha Rockey Communication Excellence Fund.
DONATE NOW 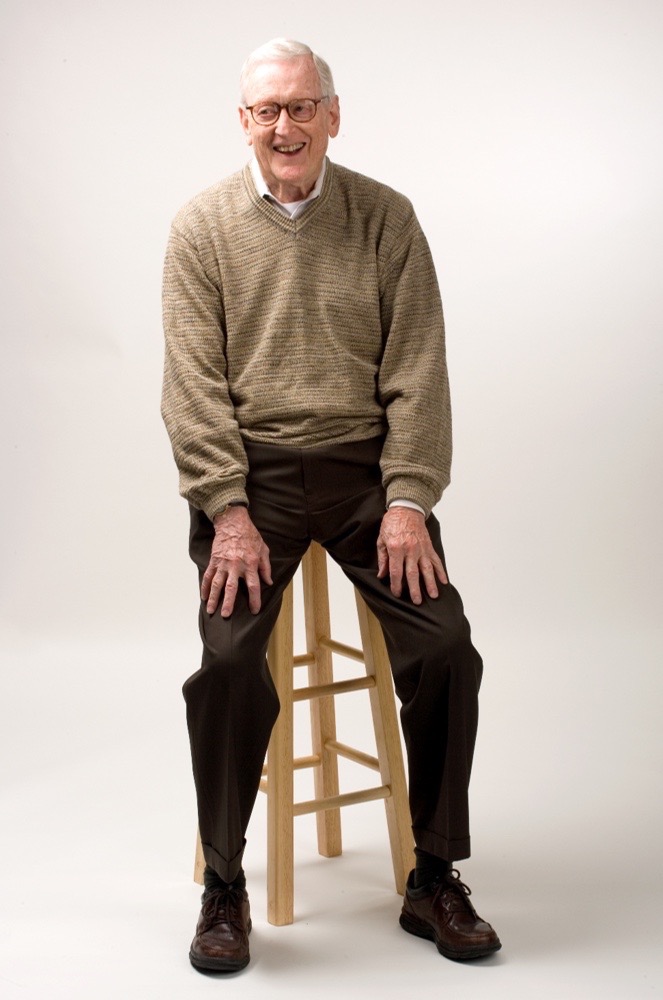 He was a titan of the industry, a worthy follower in the footsteps of Murrow as one former Rockey Company intern and lifelong admirer described him. Jay Rockey, who passed away in February 2018, enjoyed an iconic career that includes being credited with making the 1960 Seattle World’s Fair a rousing success. Learn more about the life of Jay Rockey.

To continue Jay’s legacy, his family is asking that memorial gifts be made to the Jay and Retha Rockey Communication Excellence Fund. Your memorial gift to the Fund will provide Murrow College students with the inspiration and skills to perpetuate the honorable legacy of the leaders who came before them. You will provide students with practical experience long before they graduate. You will develop their ability to put classroom learning into real-world action. You will enable them to develop the intellectual prowess and technological know-how to communicate with integrity. You will leave a lasting legacy to Jay Rockey.

A memorial gift to the Fund will:

Provide stipends for student internships, excursions and other opportunities that require a financial commitment, such as participating in Jay Rocky PRSSA chapters.

Give students and faculty access to the world’s best minds in the industry through visiting lecturers and travel to conferences so they can learn from experts and gain insights from peers who represent different cultures, customs and viewpoints from theirs.

Foster innovation for students through hands-on experiences that explore innovative ways to use technology to open hearts and minds to fresh ideas and trailblazing concepts in communication fields.

Expand the College’s ability to stay on the leading-edge of communication technology and to collaborate with other WSU programs to integrate communications with computer science, engineering and other fields.

By honoring one of the most respected leaders in the world of public relations, you will launch new generations of communications leaders. DONATE NOW

A 1950 graduate of Washington State University, Jay Rockey began his career with a stint in the Navy and positions as a newspaper editor and a public relations staffer. In 1960, he was hired to run public relations for the Seattle World’s Fair, which was labeled a waste of money by most Seattleites. Jay’s outstanding work reversed that negative image, and almost 10 million people visited the fair in the summer of 1962. The day after it closed, Jay started The Rockey Company.

His wife, Retha, who passed away in 2009, held the official title of company controller but also lent creative energy to the firm’s work, which evolved to also encompass public affairs, governmental relations and other broad-based services. As the company grew into the premier PR firm in the Northwest – at its height it had 50 employees and offices in Seattle, Portland, Anchorage, San Francisco, Spokane, Washington D.C. and New York, with clients including Boeing and British Airways – Jay earned accolades for his leadership, his adherence to high ethical standards, his quest for innovation, and his advocacy for lifelong professional improvement.

Jay served as national president of the Public Relations Society of America in 1976. In 2002, Puget Sound PRSA established the Jay Rockey Lifetime Achievement Award, naming him as the first recipient. The student chapter at WSU is named for him.

More than a half-decade after Jay Rockey’s distinguished career began by promoting an event that put Seattle on the worldwide map, those he counseled, employed, mentored and befriended are now honoring the legacy of Jay and Retha by supporting future generations of ethical and impactful communications professionals. 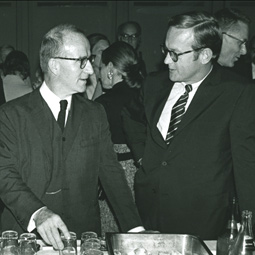 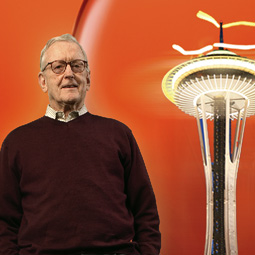 “Jay Rockey led by example. His integrity, high ethical standards, and amazing work ethic were the cornerstone of a legendary public relations career. He was also committed to educating future generations of public relations practitioners. For example, he regularly spoke with students in the Jay Rockey Chapter of the Public Relations Student Society of America at Washington State University.

We are honored that our PRSSA chapter carries his name, and we aim to continue his legacy so that future generations of practitioners can continue to elevate the field of public relations.”

“We are heartbroken over the passing of fellow Coug, Jay Rockey. The WSU chapter of PRSSA is proudly named after Rockey due to his tremendous accomplishments in the world of communication and we will strive to uphold his legacy”.